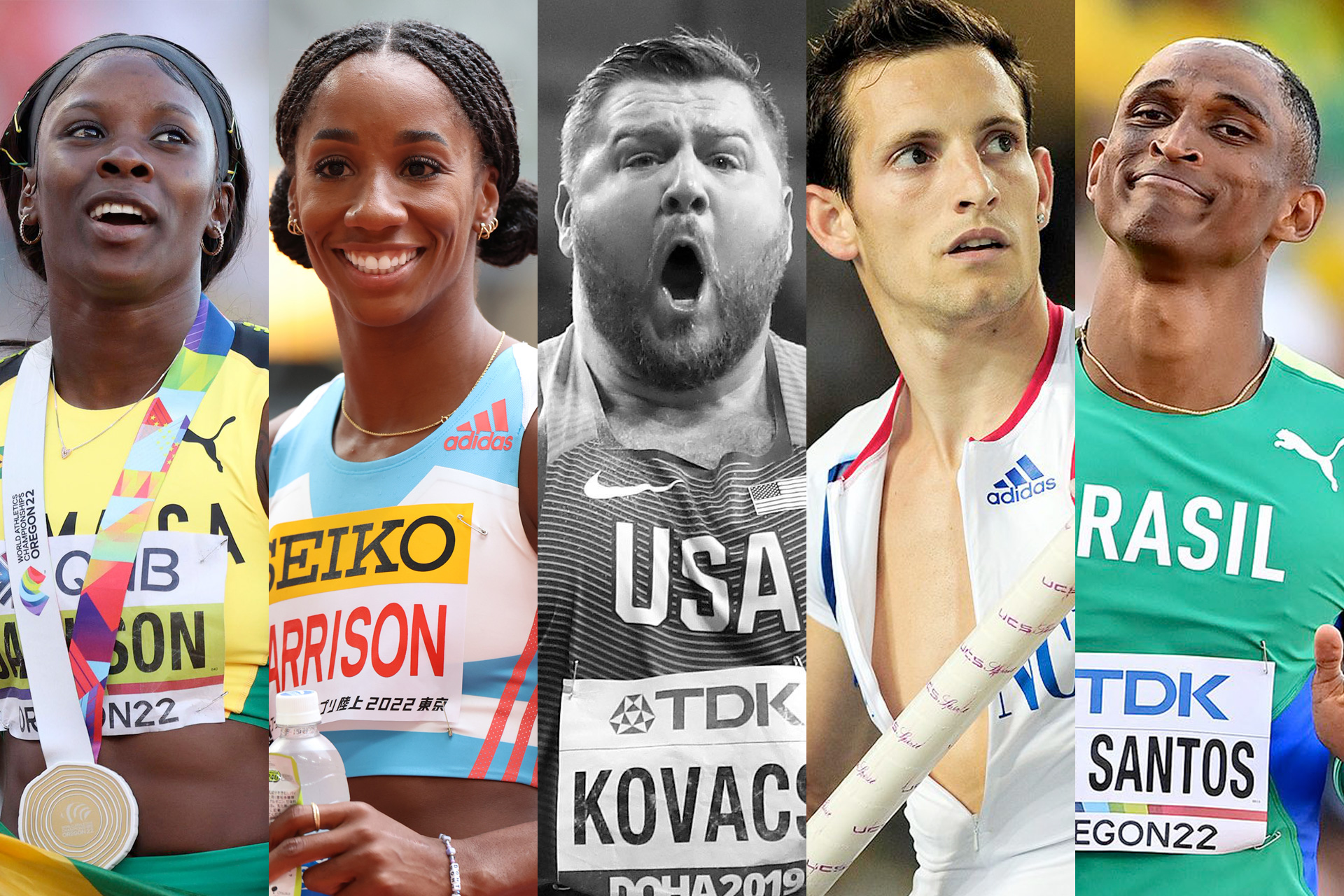 With less than a week to go the 2022 Gyulai István Memorial – Hungarian Athletics Grand Prix will start in Székesfehérvár. In addition to the previously announced world stars, the arrival of such classics as Shericka Jackson, Kendra Harrison, Joe Kovacs, Renaud Lavillenie or Alison Dos Santos has become certain in recent days.

Everyone who visits of watches the Gyulai István Memorial on August 8th will have a fantastic experience, as they will be able to see quite a few of the biggest stars competing of the recently concluded World Championships in Oregon. They are the same elite athletes who will have a central role at the 2023 World Championships in Budapest, starting in a little over a year from August 19 to 27, 2023.

World record holder Armand Duplantis, who is currently perhaps the biggest star in athletics, stands out among the most celebrated athletes. The Swedish-American pole vaulter, who stands at 6.21 meters, plays in a “special league”, but he received the strongest possible opponents: ex-world record holder and Olympic champion Renaud Lavillenie, 2016 Rio Olympic gold medalist Thiago Braz, Tokyo Olympic Games and Oregon22 silver medalist Christopher Nielsen. Moreover, Ernest John Obiena from the Philippines, who surprisingly recently won a bronze medal at the World Champs, will also be among the challengers.

Shericka Jackson won the 200 meters in Eugene with the second-fastest time of all time, 21.45 seconds. Soon we will see her in Székesfehérvár, as she competes with Olympic bronze medalist Gabby Thomas, who missed the World Champs due to injury, American 4×100 relay world champion Jenna Prandini and Mujinga Kambundji who will compete in both the 100 and 200m.

The most famous men sprinters are Yohan Blake and Christian Coleman but it will not be easy for them, because in addition to the silver medalist of the World Champs in Eugene, Marvin Bracy and the bronze medalist, Trayvon Bromell, and the winner of last year’s Memorial with an individual and competition record of 9.84 Akani Simbine will also compete.

At 200 meters, in addition to Erriyon Knighton and Kenneth Bednarek, who also finished on the podium on home soil at the 2022 World Championships, Aaron Brown, who won gold with the Canadian 4×100 relay, and Alexander Ogando, the winner of the Dominican 4×400 mixed relay, will also be in the field.

Alison Dos Santos, the new world champion of the 400-meter hurdles, will run 400m flat among his opponents, Michael Cherry and Vernon Norwood, who won last year’s Olympic in the relay, as well as Champion Allison, the current World Championship gold medalist relay member and fourth individual, will also be there. In the 800 meters, the new U23 Hungarian record holder Dániel Huller and the 2019 world silver medalist Amel Tuka from Bosnia can compete in a strong field.

Besides the Olympic champion Jasmine Camacho-Quinn and Nia Ali in the women’s 100-meter hurdles, new stars have been officially announced: Kendra Harrison held the world record for more than half a decade, Gabriele Cunningham can call herself an indoor world bronze medalist and Luca Kozák is the Hungarian record holder who considers the Memorial as one of the last stops in her preparation for the European Championships in Munich. In the men’s 110 m hurdles, alongside superstar Grant Holloway, this year’s American champion, Daniel Roberts, will also be there.

The 2007 world champion Donald Thomas, the world and European silver medalist Andriy Protsenko and the defending European champion Mateusz Przybylko will also be among the opponents of the public favorite, the Olympic champion Gianmarco Tamberi in the high jump. In the shot put, two-time world champion Joe Kovacs, who has Hungarian ancestry and the new world bronze medalist Josh Awotunde will also strengthen the camp of the 22-meter throwers, as well as the previously announced former world champion, Tom Walsh from New Zealand.

The top seeds in the women’s hammer throw could only be stronger if former multiple Memorial winner Anita Wlodarczyk didn’t get injured while stopping a car thief in June. In her absence, the current best Hungarian, Réka Gyurátz, is waiting for a no less strong field: in addition to recent world champion Brooke Andersen, Olympic bronze medalist Malwina Kopron, world bronze medalist Janee’ Kassanavoid and European silver medalist Alexandra Tavernier will also be in the throwing circle in Székesfehérvár.

In the javelin throw, in addition to the 2016 Olympic champion Sara Kolak, last year’s U20 European champion Elina Tzengko will also be among Réka Szilágyi’s opponents.

Tickets for the 2022 Gyulai István Memorial – Hungarian Athletics Grand Prix are selling out very quickly, there are only a few free places left for the most prestigious athletics competition in Hungary.