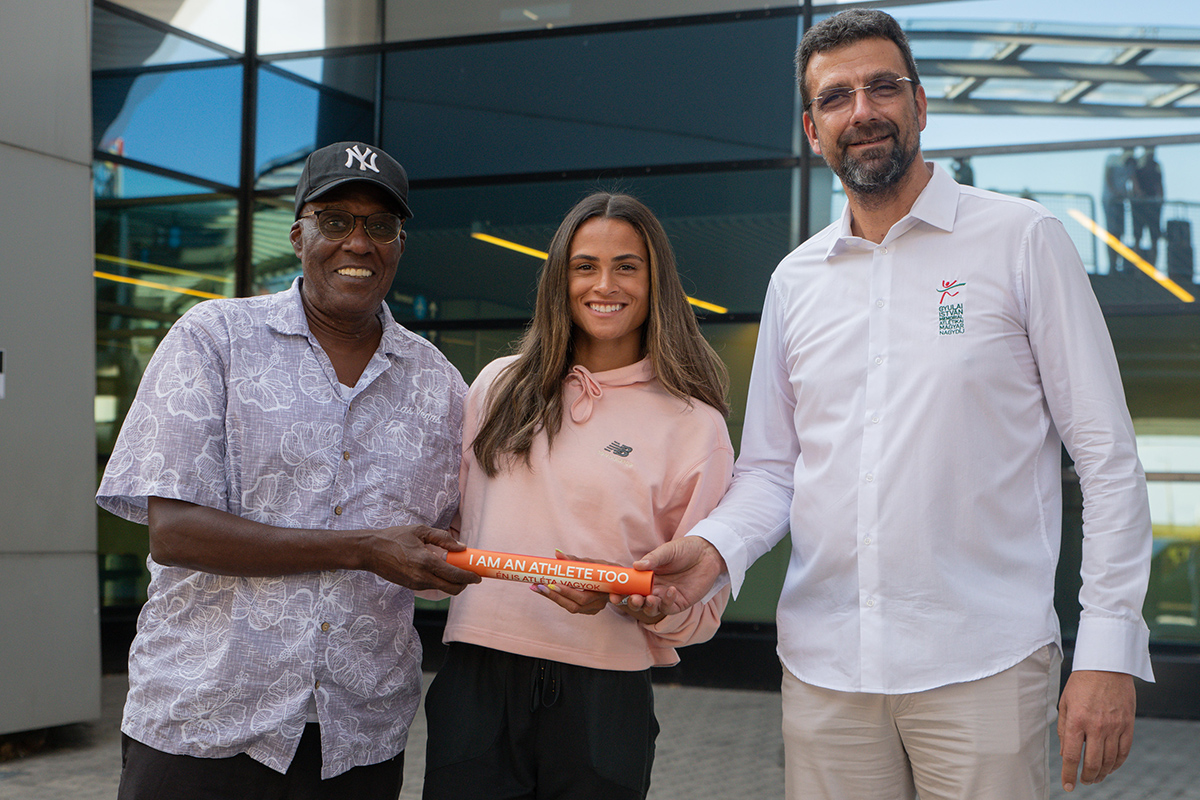 Sydney McLaughlin (USA) who has run a fabulous World Record in the recently finished World Athletics Championships in Eugene arrived to Hungary this afternoon to compete in her star event 400m Hurdles at the Gyulai István Memorial – Hungarian Athletics GP in Székesfehérvár.

She and her coach Bobby Kersee were met at Budapest airport by Mr. Péter Deutsch, president of the meeting.

The meeting will take place on Monday, 8th August at the Athletic Center in Székesfehérvár.