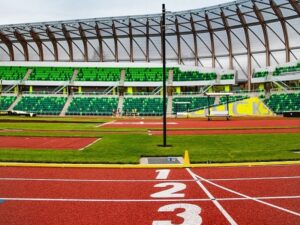 The world’s best athletes started the outdoor season in the United States on April 24. The venue is the state of Oregon, Eugene, host of the 2022 world championships.

The Continental Gold Tour series is the second strongest competition system behind the Diamond League. Traditionally, the world’s best athletes take part in this event, just as they did during last year’s Gyulai István Memorial, the Hungarian stop of the series, where we witnessed a lot of fantastic results.

– Basically, the Continental Tour was able to uphold the operability of the international athletics competition system and the Gyulai Memorial was and is a very important station of this system. We are looking forward to announcing the programs and the athletes, but I can safely say that the Grand Prix will come out with the greatest and most versatile program of the last eleven years, so the competition should be outstanding from a Hungarian and international standpoint also – the chairman stated about the competition to be held on July 6.

It was evident on Saturday how important the Continental Tour is for the athletes. The newly renovated Hayward Field in Eugene was barely recognizable due to its beauty and it remains one of the landmarks of athletics.

This was the first international competition since the stadium’s renovation, where the likes of Allyson Felix, Noah Lyles, Shaunae Miller-Uibo, Donavan Brazier and Christian Taylor competed. They are very well known to the Hungarian audiences, since they all participated at the Gyulai István Memorial at least once. 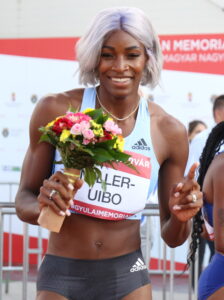 Olympic champion Shaunae Miller-Uibo broke the meet record with a world leading 49.08 in the women’s 400 meters.